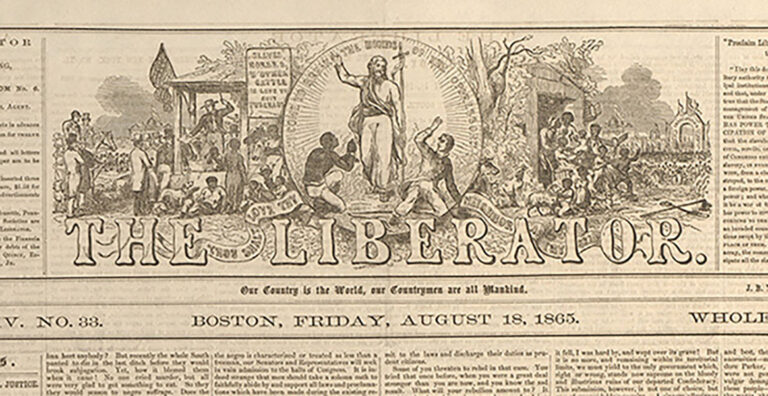 Image courtesy of The Digital Commonwealth

Scan of the title of an 1800s abolitionist newspaper, titled The Liberator

Reading and watching the news these days is not for the faint of heart. In addition to the day-to-day traumas, the last several years have seen a call for justice for the truly horrific treatment of specific minorities over the last hundred or more years. Whether it be enslavement, attempted genocide or destruction of natural and cultural resources, the call has gone out for justice and retribution. Is it the eye for an eye model still favored by some cultures or a legal approach with judges and juries? Or perhaps, due to the immensity of the issue or the horrific nature, a new approach must be taken.

In the early 1990’s with the ending Apartheid in South Africa, a “Truth and Reconciliation” commission was formed to allow all who wished to speak about their experiences under Apartheid and to seek recompense for many who were abused under the system. Australia did something similar with the treatment of their Aboriginal people as did Belgium and their treatment of the people of the Congo and their efforts are displayed in an awesome museum just outside Brussels.

In the US, the issue of slavery and its effects on our current society has unfortunately become politicized and any discussion of the slavery issue seems to lead not only into a rabbit hole, but way further down into a maze of conspiracy theory warrens. Some might say that it would be healthier to touch a third rail than to try to have a discussion of race at this time in the US.

A bit closer to home ( ie the Harbor Islands), today’s members of the Massachusetts and Nipmuc tribes have not forgotten the attempted genocide of hundreds of their people during Metacomet’s War. Throughout the world, individuals and governments have been returning indigenous land and placing natural reserves under the control of tribal governments. The attention on the issue of compensation for indigenous people has been advanced as more tribal members have gained a “seat at the table”, especially our new Secretary of the Interior, Deb Haaland and the Director of the National Park Service, Chuck Sams.

A few months ago, in Canada, hundreds of mass graves were discovered on the site of a former “Indian School” in one of the Western Provinces. Since the US also had hundreds of these institutions Secretary Haaland ordered all former school records to be thoroughly checked and all the children (literally tens of thousands from tribes all over the country) who attended the more than 400 schools be accounted for. The Carlisle Indian School in Pennsylvania was the flagship model for all the other schools and the place where many children from Massachusetts were sent. After Secretary Haaland gave here directive, a number of graves were discovered at Carlisle and 10 set of remains were returned to their tribe last September. This is just the beginning of a long discovery process with an estimated 98 million records to go thru at the schools.

How can we even wrap our heads around the enormity of what these children endured? Secretary Haaland had made a start: open up the files and let the light shine in.