Made up of 34 unique islands and peninsulas, the Boston Harbor Islands have something for everyone.

Explore a historic fort, enjoy a picnic with sweeping harbor views, or sleep in a rustic campsite beneath the stars. Choose an island and plan your adventure!

Georges, Peddocks, Lovells, Grape and Bumpkin Islands will not offer camping or park amenities this season due to COVID-19. To prevent the spread of COVID-19, Visitor Centers, restrooms, water, concessions, camping facilities, and dinghy’s on these Islands are not available.

Visitors are welcome to enjoy the islands for passive recreation such as hiking, bird watching tide pooling and exploration. Trails and beaches are open during daylight hours seven days a week. All beaches are unguarded.

Please, no docking on the island floats. Float access is for drop off, pick up only, and emergency access. Alcohol is prohibited in Massachusetts State Parks.

Boston Harbor Islands National and State Park is the largest recreational space in Eastern Massachusetts, attracting over half a million visitors annually. A top destination for locals and tourists alike, the park also functions as an important ecological habitat for local wildlife.

Those who journey to the Boston Harbor Islands will find themselves immersed in the stories of a harbor that played an influential role in the development of Boston and the nation through political, social, and environmental revolutions. With historic military forts, abandoned hospital sites, and important Native American stories to be told, the Boston Harbor Islands strive to preserve the history that resides on each island, while protecting habitats and increasing public access and education. 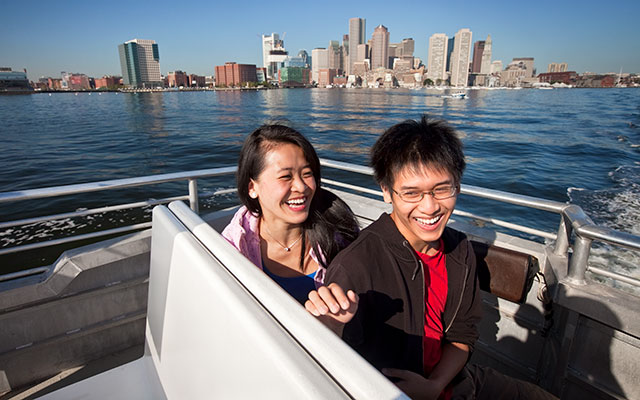 Getting Here is Half the Fun!

Explore ferry schedules and plan your perfect day on the harbor! Park ferries serve six unique islands, with departures from Boston and Hingham.