Deer Island is both rich in history and a proud symbol of environmental stewardship.

Amazing city views can be seen from Deer Island. This location has a complex and troubling history, once serving as an internment island for Native Americans during King Philip’s War. The island is now home to Deer Island Wastewater Treatment Plant, a symbol of natural resource protection and environmental stewardship. This treatment plant is one of the most technologically advanced, treating and recycling waste from most of Eastern Massachusetts using microbial action. It is a reminder of the importance of environmental care after being implemented during the time of the Boston Harbor cleanup.

Go for an invigorating jog, see the wastewater treatment plant, or simply enjoy a peaceful stroll along the dog-friendly trails. Deer Island has something to offer all who visit.

In an effort to reduce groups of people from gathering, the Deer Island park will be temporarily closed to public access. MWRA appreciates your support and understanding as we all continue to work together to stop the spread of COVID-19 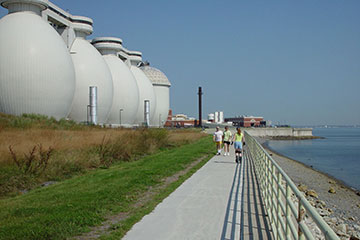 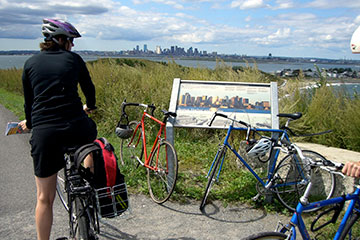 Guided tours of wastewater treatment plant are by reservation only. Visit this link to make a reservation. Dogs must be leashed at all times. Parking may be limited. 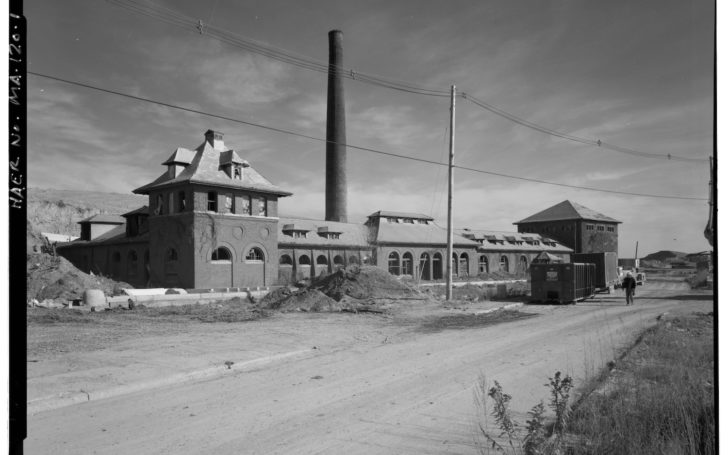 While the island today stands as a beacon of environmental stewardship, Deer Island has a complicated and painful history.

The island served as an internment camp during King Philip’s War, one of the bloodiest conflicts between European settlers and indigenous Americans. In the winter of 1675-76, approximately 500 Native Americans were imprisoned on the island, many of whom perished without adequate food or shelter in the harsh New England temperatures.

In the 1800s, the City of Boston established a hospital for thousands of sick and impoverished Irish immigrants who landed at Deer Island as their first port of entry during the Great Famine.  While the majority recovered continued into Boston, more than 800 died and were buried on the island.

Deer Island’s current role as a wastewater treatment facility dates back to 1875 and the construction of the Boston Main Drainage System, which sought to regulate construction, management and costs of Boston sewer services. This sewer system included 25 miles of intercepting sewers, an outfall pipe at Moon Island and a pumping station on Deer Island built in 1889.

This historic pump station was renovated for use as a Visitor Center, where tour participants can view the original pump system and learn about Deer Island’s contemporary wastewater treatment facilities, which are credited with transforming Boston Harbor from a polluted eyesore to the clean, swimmable harbor we know today.

Deer Island is owned and operated by the Massachusetts Water Resources Authority.