In 1944, after Italy surrendered and joined the Allies in WWII, Italian prisoners of war arrived in Boston. These POWs were provided with the option to enlist into what became known as the  Italian Service Unit (ISU). As volunteers for the program, they were screened for fascist tendencies and swore allegiance to the Allies before becoming part of the ISU.

The ISU were still prisoners of war, but they were employed during their internment. These men became integral to the war effort. Unable to send them home to a worn torn country and with a lack of labor in the United States, the ISU was created to fill this gap. ISU men worked for 9 hours a day, six days a week. Their labor consisted primarily of loading military supplies to be shipped out of Boston, although they had additional tasks such as park cleaning, road construction, and working in the Boston victory gardens. They earned 80 cents a day, one-third of which would be given as cash at the end of the month; the rest was given as canteen checks located on camp.

“These service units of Italian prisoners of war are being used in all major ports of embarkation in the country,” the War Department spokesman told the Globe. “Should the units now working in Boston be transferred away from there it would hurt the port of Boston and hurt our war effort.”

On July 28, 1944, the ISU men were moved from Camp McKay, South Boston, to Fort Andrews on Peddocks Island in Boston Harbor. Two nights a week the men at Fort Andrews could use their own time to study English. Some were visited by relatives that lived close-by for one hour a week in camp. Occasionally they were given some liberties on their days off with passes to leave the Island. Many Roman Catholic churches in Boston hosted dinners and socials on Sundays with local Italian families preparing Italian food for the men, making them feel welcomed. In 1947, The Boston Globe featured an article that shared the happy news of Sabine Piscitelli and Netta Marmorale, of East Boston, who feel in love with Italian prisoners of war, Nello Moretti and Frank Pace. The Italian POWs were important laborers during the war and were stationed at Fort Andrews on Peddocks Island. Miss Marmorale recalls meeting her future husband for the first time at an East Boston social: “He asked me for a dance, I invited him home for dinner… and well I guess you’d call it love at first sight!” Following the war, the happy couples moved to Italy to be married.

In September of 1945 the ISU was disbanded and the men were repatriated back to Italy. Throughout the country, the ISU accounted for over 90 million man-days of labor in the United States, saving the government an estimated $230 million. By volunteering, the ISU men freed up American soldiers to serve in combat roles and prevented fewer men from being drafted. For their service to the United States, ISU members were offered a chance to become citizens; thousands did. The legacy of the ISU and their contribution to the war effort shall not be forgotten. 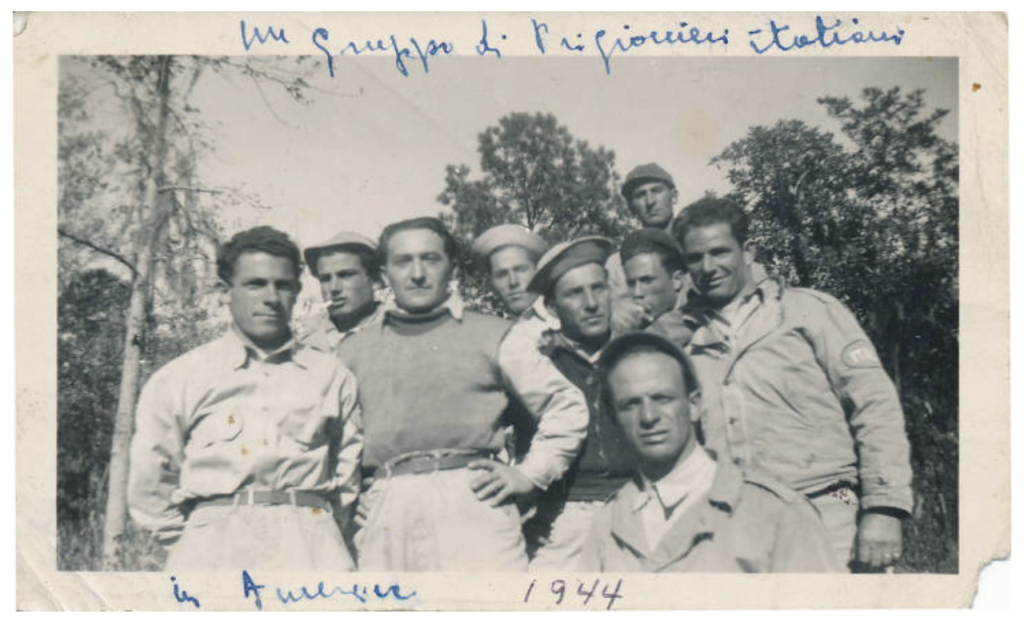 This picture was submitted by the daughter of Guiseppe Cioffi (second from the left, back row), with the title “POWs at Peddocks Island” and the caption “My father, Giuseppe Cioffi, was POW on Peddocks Island during WWII. He collaborated with the Americans and was made to feel very comfortable during his stay at Fort Andrews. Photos were taken by local Italians who were allowed to visit POWs to give them a feeling of being among other Italians.”