Step back in time and watch a 19th Century baseball game with original rules and uniforms!

There’s no better place to watch a vintage ball game than inside the walls of historic Fort Warren on Georges Island in Boston Harbor!

Come out & watch a game this season — played under Civil War-era rules  — and witness history unfold before you.

The first 150 guests at each game will receive a special Anniversary edition Fort Warren pennant! 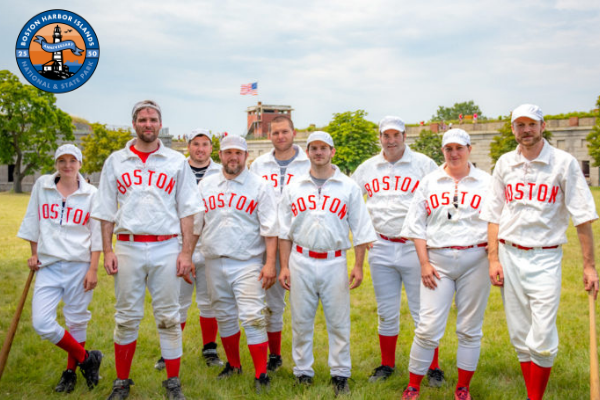