Hop aboard the ferry and head out to Fort Warren on Georges Island for a day of swing dancing, music, and good old fashion fun

Bring a picnic and your dancing shoes to Georges Island, because Boston Lindy Bomb Squad and Elise Roth & Her Harvard Squares. will be playing from 1:00- 4:00pm! Spend the day with us at historic Fort Warren for a day of dancing & music and become a true Island (lindy) Hopper! 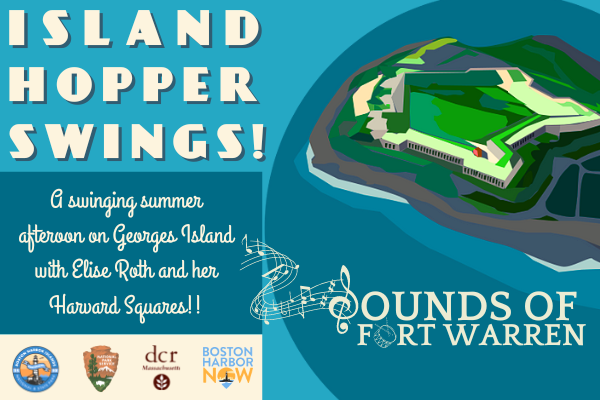