DUE TO THE FORECAST FOR SATURDAY JULY 2ND, THIS PERFORMANCE HAS BEEN CANCELED.

Boston Harbor Islands National & State Park is thrilled to welcome the 215th Army Band of the Massachusetts National Guard back to historic Fort Warren! Catch a brass quintet, fife and drummers, a New Orleans-style brass band, and more. Enjoy a day on Georges Island with back-to-back performances from the 215th’s Music Performance Teams including:

About the 215th Army Band

The 215th Army Band of the Massachusetts Army National Guard remains one of the nation’s finest military bands. For more than 60 years, the band has performed throughout New England and the world, bringing the Army’s fine musical traditions and goodwill to thousands of listeners. 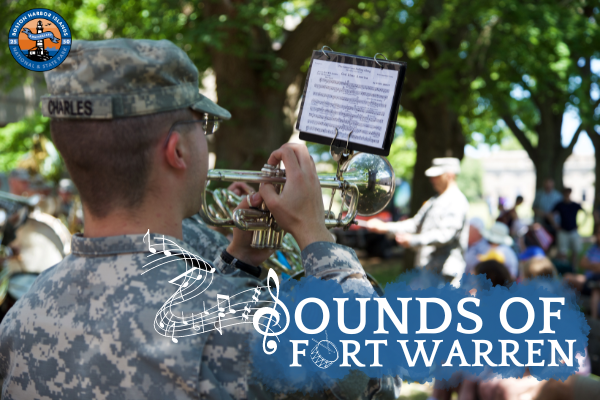