Grab your camping gear and join a Park Ranger for an unforgettable night sky experience in Boston Harbor!

Learn how to use a telescope, admire the cosmos, tell stories around a campfire, and enjoy an overnight excursion to on the second largest island in Boston Harbor! 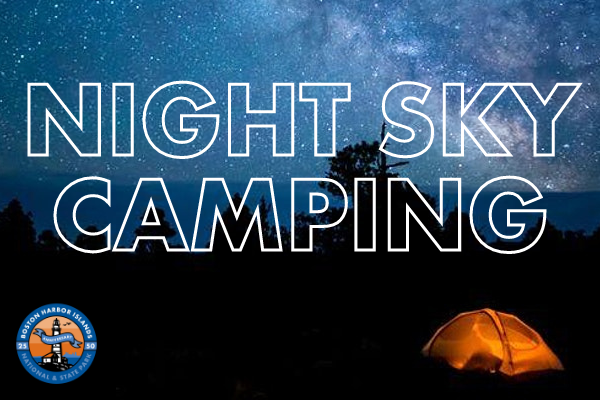