Relief and Restoration: The Big Dig 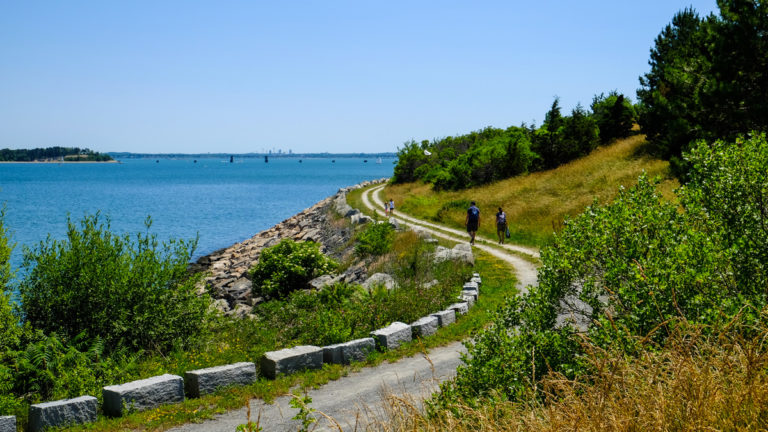 If you drive into Boston to take the ferry to Spectacle Island, chances are that you will drive through the tunnels created by the Big Dig.

The Big Dig, or Central Artery Project, was a massive feat of human engineering, designed to alleviate traffic on the overburdened, elevated highway which ran I-93 through downtown Boston. This elevated highway was replaced by an underground one, adding space for a beautiful park above the tunnel. This construction project became one of the most expensive and complicated in the world. Construction began in 1991 and was completed in 2006, meaning that if the Big Dig was a person, it would be almost old enough to drive a car through the tunnels by the time they opened. In addition to being 8 years behind schedule, it was way over budget, costing 15 billion dollars instead of the projected 2.6 billion.

In the end, the Big Dig was a success and worth the wait. The tunnel did, in fact, alleviate congestion, and carbon emissions in Boston dropped by 12% because cars were moving instead of idling in traffic. On the surface above I-93 you’ll find the beautiful Rose Fitzgerald Greenway, a park and pedestrian walkway stretching from Chinatown to North Station. You’ll find the Boston Harbor Islands Welcome Center along the Greenway between Quincy Market and the New England Aquarium. The Big Dig project also included the Zakim Bridge—which has become an iconic part of the Boston skyline—and the Ted Williams Tunnel, which runs under Boston Harbor and connects Downtown Boston to Logan Airport.

The Big Dig not only alleviated congestion, reduced carbon emissions, and led to the beautification of downtown Boston via the Greenway, but it also led to the restoration of Spectacle Island. In the process of creating more than three miles of multi-lane underground tunnels, the Big Dig excavated more than 16 million cubic yards of soil. And where did all of that dirt go? Well, almost a quarter of it went to Spectacle Island, where it remains today. Spectacle Island served as a dump for the city of Boston from 1921- 1959. Rumor has it that the dump was finally closed after a bulldozer was swallowed by the piles of trash! By the 1960s, the abandoned landfill was producing so much methane gas, that underground fires broke out and smoldered there for many years.

When the Big Dig began in 1991, city planners saw an opportunity. Three and a half million cubic yards of dirt removed from the Ted Williams Tunnel was barged out to Spectacle island and used to cap the landfill. The dirt and rock from the Big Dig was then capped again with a two-foot layer of clay, followed by another two to five feet of topsoil. Now with the dangerous landfill safely capped below, the replanting of Spectacle Island began.

Over the course of 15 years, landscape architect Clarissa Rowe led the planting of more than 2,400 trees and 26,000 shrubs on Spectacle Island. Only shallow-rooted trees were planted, so that roots would not pierce the seal over the landfill below. Local species were carefully selected in order restore the island’s natural ecosystem. The trees, shrubs, and grasses that were planted attracted different types of birds, including osprey, mockingbirds, red-tailed hawks, redwing blackbirds, and even turkeys. The flowering plants attracted pollinators like bees and butterflies. Small mammals and rodents returned to the island, and larger mammals like coyotes, deer, and raccoons are also spotted from time to time. The careful restoration of Spectacle Island has not only made it into an attractive recreation area for visitors, but restored a diverse ecosystem where wildlife thrives. This amazing feat of environmental reclamation is a testament to hard work, dedication, and a vision for a cleaner future.